Mark Meshulam is an expert witness and consultant for windows, glass and building exteriors.

Oh, somewhere in this favored land the sun is shining bright;
The band is playing somewhere, and somewhere hearts are light,
And somewhere men are laughing, and somewhere children shout;
But there is no joy in Mudville – mighty Casey has struck out.

Excerpt from
Casey at the Bat by Ernest Lawrence Thayer 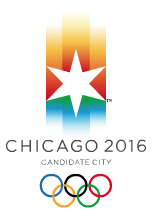 Like many here, I feel Chicago’s loss of the 2016 Summer Olympics personally and professionally. My imagination was captivated by the idea that huge resources would come together to build a dazzling new Olympic city within our own city. The vision that Chicago would finally achieve the international notice it already richly deserves, felt right and just and long overdue. And the prospect that I might be involved in building that Olympic city was even more exciting. Aside from all of that, I felt that the Olympic influx of investment would surely lift Chicago from the international recession a tad more quickly.

Alas, like so many dreams, it was not to be. The money, the Olympic city, the focus of attention would all go elsewhere. We would be left to wonder why. Why did the pundits continue to repeat that we were a front runner? What was wrong with our presentation? Lack of a theme? Not enough bribery? Was our approach too personal? Not personal enough? It is doubtful we will ever know the answers.

What we do know is that this feels a little too familiar. How many times have we set our hopes on the outcome of a sporting event, an election, a court case, the Dow, a bid proposal, the weather or even a loved one, only to be shocked and disappointed when they didn’t play out as we had hoped and expected?

Sometimes we give it our best, time after time, stubbornly and optimistically, only to be disappointed again and again. It is a tribute to the human spirit that we seem to have an infinite capacity to pick ourselves up. brush ourselves off, and plunge hopefully toward the next glimmering goal.

At what point does the unsuccessful fisherman determine that he really wasn’t fishing at all, that he was just drowning worms?

Is it helpful to focus on all the money we spend to achieve glorious but unfulfilled goals? Should we beat ourselves up about the $70-$100 million Chicago spent on the Olympic bid? Is it worth, in retrospect, accounting for how we could have better spent all that money?

A simple truth is that without such seemingly quixotic adventures, few major advancements in our civilization would ever have occurred. Without the dreamers, we would all be sitting barefooted on mud floors.

We enjoy the work of dreamers every day, from the clothes we wear to the cars we drive, to the buildings we live in, to the food we eat. It is all better, sometimes fantastically so, because of a successful dreamer and a few hundred unsuccessful dreamers who all worked toward a vision that didn’t exist before.

Chicago stands as the quintessential American city not because of its visionary planning, its world class buildings, its welcoming public spaces or the near-infinite amount of its quality entertainment.

Chicago’s greatness has always come from achieving all of these things and much more in spite of the wack-a-mole nature of life. From the time poor Mrs. O’Leary’s mythical cow kicked a lantern until last week’s Olympian kick in the solar plexus, Chicagoans simply never have, and never, ever will give up.

We didn’t need the Olympics. A need is something that is necessary. The Olympics weren’t necessary for our survival. We just would have liked, or even loved, to have hosted the games. With that dream gone, we will take a collective breath, shake it off, and look around for the next way to achieve success, and in so doing, express our greatness. One never knows, whatever we do next might be better than the Olympics.

Congratulations to all the members of the Chicago 2016 Committee, Mayor Daley, Michelle and President Barak Obama for a top quality presentation and a passionate effort.

This decidedly non-windowish message is from: