Vinyl windows, also known as PVC (polyvinyl chloride) windows or uPVC (unplasticized PVC) are a ubiquitous part of the residential window landscape, and not only that, there are a lot of them out there.

There are many satisfied vinyl window customers and I have seen many good installations, however there can also be problems with vinyl windows. Some problems are common to all windows, others stem from the unique properties of PVC. Some problems occur in the window itself, some come from the way windows are installed or joined to one another or to adjacent materials.

What is PVC / Vinyl? 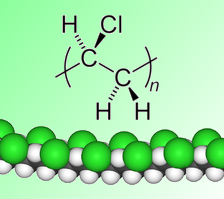 PVC is a thermoplastic polymer constructed of repeating vinyl groups (ethenyls) having one of their hydrogens replaced with a chloride group. That’s it! Grab a tweezers and make some yourself. Seriously, folks, PVC is the third most widely produced plastic and is expected to exceed 40 million tons by 2016.

PCV is made up of 57% chlorine by weight. The remainder is the petrochemical ethylene. Windows and plumbing pipes are made from rigid, or unplasticized PVC, also called “rigid PVC” or “uPVC”. Shower curtains, IV bags and sex toys are made from plasticized PVC due to their need for flexibility.

Here are some problems I have seen with vinyl windows.The numbering does not reflect frequency of the problem, but rather an attempt at creating the illusion of organization.

1. Water leaks through window frame joinery
Back in the day before vinyl window manufacturers found out how well the fused corners worked, they simply screwed and sealed the frame corners together. To make things worse, the corner joinery was in some cases not conducive to effective sealing. Add in the problems with sealant adhesion, and you have a leak at the bottom of the window, allowing water into the building. You can determine if your vinyl windows have this problem by performing water testing.

Thermal movement of PVC is seven times that of glass. As the temperature changes, the PVC often slides against the glass. This can puts stress and wear on the glazing sealant, which might be only 1/16″ thick, eventually shearing it. I have seen vinyl window sash overflow with a light water spray.

3. Water leaks through trims attached to PVC windows
Trims could be mullions, brick-mold or capping. Generally, these elements must be continuously sealed to the window at the exterior plane. At the interior, screws driven into wet areas of the window will produce leaks and should be avoided.

4. Bowing or bending of vinyl frame or sash members
Due to their inherent flexibility, framing members should be shimmed and fastened well. Even if this is done, framing members that span a distance should be observed for excessive bending. Such bending will often result in reduced performance as can be seen in the photo below.

5. Poor component tolerances
In vinyl windows, just like any other manufactured product, the parts need to fit. Sadly, this does not always happen. Window manufacturers use “cutting formulas” to tell them the cut length of each part of a window, given the window’s overall size. In a simple double hung window there can easily be almost 30 parts that all must be cut to the proper length in order to work well. Sometimes there can be an error in the cutting formula. If assemblers on the plant floor are not vigilant, poorly fitting components can be released to the public, resulting in degraded quality and reduced performance.

6. Poor serviceability
Double hung windows utilize a pair of spring-loaded balances that assist in reducing the amount of force need to raise the sash, and to hold the sash in its raised position. It is not uncommon for this balance to fail and require replacement. Sash balances should be easily replaceable, but on one of the jobs pictured here, one would need to cut the frame in order to replace the balance.

7. Insulated glass seal failure
Seal failures occur in vinyl windows, just as they occur in wood and aluminum windows. Often, this is due to the long term presence of water in the area beneath the glass. 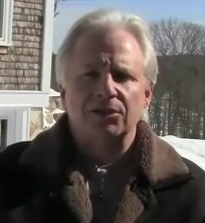 37 thoughts on “Leaks and Problems with Vinyl Windows”