Mark Meshulam is a construction consultant located in Northbrook, IL. He is an expert in mockup testing.

This article, originally written in 2006 is being reprinted here in very fond memory of my friend A.A. Sakhnovsky, a pioneer in the field of building performance mockup testing. Sak passed away on Fathers Day, 2011. He was 85 years old.

The Construction Research Laboratory is an amazing, one-of-a-kind place located in a gritty, industrial area of Miami. Since 1975, companies like mine (Builders Architectural) have built and tested mockups of entire portions of buildings (usually windows and large walls of glass called curtainwalls”) at this world-renowned facility.

After testing is complete, the actual building will be built “for real” almost anywhere in the world, utilizing knowledge learned here. The process is called building and testing a “mockup”, and sometimes these mockups can be 40 feet wide and 60 feet tall!

World-famous proprietor A.A. Sakhnovsky – Sak to most everybody – though clearly no spring chicken, unstoppably shuttles between numerous mockups.

Sak directs his able crews in the construction, deconstruction and configuration of all manners of custom-made testing chambers, the large reinforced steel and concrete boxes upon which project specific building facade mockups are built. In addition, he schedules a staggering array of testing procedures, as each project uniquely requires.

From the Palmetto Expressway just North of the 74th Avenue exit, you can see the lab off to the West. From the random outcroppings of structural steel, you immediately assumes the site to be unrepaired devastation from the most recent hurricane.

Looking closer, however, you notice that the steel has an odd appearance. Some pieces are old, some new. It is more of a patchwork quilt made of conglomerated hunks of steel, wood and concrete. The vintage steel has been used, reused, and used again. It has been cut, moved, welded, cut, drilled, sealed, cut apart, craned and bolted. It has seen searing Florida sun, torrential rainfalls, and uncountable performance tests.
Now about the tests…

A typical test sequence for a prominent building in Chicago would list as follows:

A brief explanation of each will be worth your while. Remember that each mockup is sealed to a reinforced steel box. This allows the lab to use big blowers to force air into or out of the chamber and apply powerful forces to the test specimen.

In this test, lab personnel pump air from the chamber with a blower while measuring the amount of air being removed while maintaining test pressure, often 6.24 psf (pounds per square foot), the equivalent of a 50 mph wind. Using plastic film sequentially removed, the lab determines how much air is passing through each element of the mockup. Air tests can be harbingers of results to come, so we participants tend to hold our breaths awaiting the outcome.

This test procedure is ASTM E283 Standard Test Method for Determining Rate of Air Leakage Through Exterior Windows, Curtain Walls, and Doors Under Specified Pressure Differences Across the Specimen

The lab removes air from the chamber to achieve test pressure while dousing the mockup with hundreds of gallons of water delivered by large spray racks. Witnesses (such as myself) are inside the chamber with flashlights and scuba tanks (kidding) looking for leaks.

The test runs for 15 very long minutes. Drowning during this test is infrequent, however heat exhaustion is a distinct possibility because the chamber air conditioner often fights a losing battle against a baking Miami sun.

Same spray rack, also 15 minutes. This time the pressure comes from a very large airplane engine which roars to life with an explosion of smoke and oil, and rattles the bejeesus out of the specimen and the witnesses inside. When this test takes place, about a third of the lab must run for cover and those of us inside the chamber have plenty of time to mentally review our estate planning.

Lab personnel attach an impressive array of dial indicators on various parts of the specimen, then chamber pressure is cranked up. The indicators record the amount of deflection(bending) which occurs. Yes, glass does indeed bend, Virginia, but it also breaks. Therefore standing near the mockup during this test without a suit of armor is discouraged.

According to Sak, 95% of test specimens fail their first water test. According to me, diagnosing and fixing the leaks can take many frustrating days.

You might imagine the foreboding we feel when re-entering the chamber for a water test after our windows have been bent like a banana during the deflection test. We might as well cancel any return flights for the immediate future.

This test is similar to the Uniform Load Deflection test, except that the pressures are increased by an additional 50%. Any permanent bending or breakage would constitute a failure. Usually somewhere around this point in the sequence, participants have the suicide hotline on speed dial.

Surviving the testing program is only one source of test anxiety. Usually the manufacturer forgets to send something, and invariably it is the very first thing you need to install. Then you forget to bring an important tool and bravely tangle with insane, lawless Miami traffic (the original inspiration for “bump-em cars”) to procure a hot crescent wrench from a local kid in a very white tee shirt.

Then a storm blows through and drenches everything you were just about to caulk. Then you get a nasty sunburn on the top of your head which creates dandruff the size of corn flakes. Then you get the runs from an unfamiliar delicacy served from the “roach coach” which followed cramps from drinking a mug of colata (you learn later the locals drink the concentrated coffee delight in thimbles). Then a huge Palmetto bug, a mutant cockroach the size of a small poodle saunters confidently by, knowing full well it could whup you and your buddies. Then you look down and notice you are standing in a puddle of water crawling with questionable electrical cords while welding sparks fly at your head from out of nowhere, which you couldn’t hear because the noise is deafening. 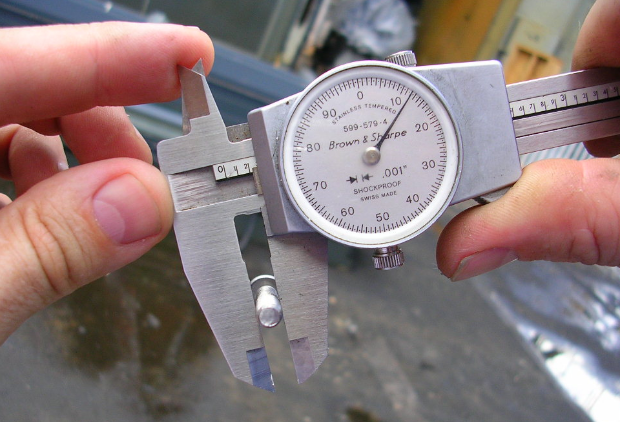 But with all the adversity, Sak’s place is truly loved by almost all who enter its creaking chain-link gates. It is a last rugged outpost of American individualism and in-the-trenches know-how. The vibe is one of fun, laughter, and comeradery forged in a nihilistic caulderon of absurdity.

When we arrive, we feel a great sense of freedom and excitement. When things get tough, we wonder if we will ever escape. But for most, myself included, a stint at Sak’s place will become one of the most cherished experiences of our professional careers.

23 thoughts on “Test Your Mettle at Construction Research Lab”