Winter is the time when perplexed, frustrated people across the northern hemisphere contact me complaining of condensation and frost on their windows. The colder or more sudden the cold snap, the worse is their window condensation.

Window condensation occurs when water vapor in the air (humidity) is chilled when contacting cold window surfaces. Under “dewpoint” conditions, the water vapor changes from a gaseous state to a liquid state and presto, your windows are wet.

Dewpoint
There are only two factors that conspire to bring about dewpoint conditions:

Now that I have lulled you into thinking this is simple and you can drift through the rest of this article texting and earbudding, not so quick. This isn’t easy. For instance, here is my favorite formula from Planetcalc for calculating dewpoint: 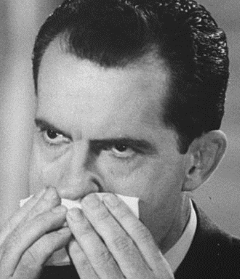 Relative humidity (RH) is not the amount of perspiration on Uncle Mortimer’s upper lip. Instead, it is a measure of the amount of water vapor in the air at a given temperature. So the term “relative” relates to air temperature and not to sweaty Uncle Morty, who is also obviously, a relative.

RH is always given as a percentage. This represents the percentage of water vapor present in a given space compared with the maximum amount of water that can remain suspended in that space at a given temperature.

You will notice that I used the term “space” rather than “air”. This is because humidity works similarly whether there is air present or not. But since most readers are not in deep space, from now on I will use the easier-to-understand term “air” for the space the water vapor is flying around within.

The rain forest and the ski slope

Did you ever notice that muggy places like rain forests are warm? And when you are skiing in very cold weather, your lips (and Uncle Morty’s) get dry and cracked? The slopes can be chokingly dry.

This is because warm spaces can hold far more water vapor suspended within it than cold air. Your body can feel it, and even exchange moisture with the surrounding air.

The rain forest’s air is practically a steam bath. It hydrates you and condenses on you.

The cold weather is more like a freeze-dry machine you buy on late night TV that will preserve your food with all its nutritious goodness for 25 years or the apocalypse, whichever comes first, with you being the jerky.

Saturated vapor density (SVD)
When the air is maxed out in terms of how much water vapor it can hold, it is described as being saturated. The maximum amount of water per unit of air volume is called the saturated vapor density (SVD). But funny thing, the saturation density of warm air is amazingly different, and far higher than the saturation density in chapstick weather. I have a great chart for you, but first our headliner concept, finally…

Absolute humidity
Absolute humidity is actually easier to understand than relative humidity. It is simply the actual amount of water in the air, period. Absolute humidity can be quantified using a variety of units of measure. The one that I like is grams of water per cubic meter of air. Using units from the metric system makes me feel, well, sophisticated.

For metric illiterates here in the US, let me explain it this way: a gram of water is about one fifth of a teaspoon. A cubic meter is the size of a cube that is about 39 inches on all sides, or the size a typical Japanese hotel room. OK, now you are ready for the chart.

Didn’t I tell you it was a great chart? Now take a moment to wrap your brain around this. On a hot summer day, the air can hold up to 34.4 grams of water per cubic meter of air, which is 20 times the amount of water vapor as the air on a very cold day (1.7 gm/m3). On a hot day that cubic meter of air can hold nearly 7 teaspoons of water in it as a gas, but the very cold air can only hold about 1/3 of a teaspoon. No wonder you schvitz in the rainforest and shrivel on the slopes!

Q: Where does the water go if it exceeds the amount the air can hold?
A: Ever hear of rain? Snow? Fog? Window condensation?

Q: Why does water vapor change to rain, snow, fog or window condensation?
A: Because the temperature of the air or the window dropped to the dewpoint temperature or below. The water vapor had no choice but to change to a liquid (rain in the air or droplets on windows), or go even further and turn into a solid (snow or ice). Get it?

Relative and Absolute Humidity
So let’s look at that percentage number that we know as relative humidity. If you take the saturated vapor density (SVD) at a given temperature and multiply it by the relative humidity (RH), you get the actual amount of water in the air, which is the wonderful but mysterious absolute humidity (AH).

Since my chart was so great, I will get additional mileage out of it by adding absolute humidity. For this, we need to know the RH. For this example, we will use 40% RH, a humidity level that is not uncommon in residential buildings.

Because I have now applied the 40% RH to the SVD, the blue line representing the absolute humidity (AH), the actual amount of water vapor in the air, does not seem so dramatic. Nonetheless, that shallow blue line holds the secret to diagnosing window condensation by using absolute humidity.

When moist air hits the window
Now imagine that instead of the air being 40 degrees, the interior surface of a window is 40 degrees. What will happen to the 7.37 g/m3 of water when it runs past the cold window? It can’t stay suspended in the air because only 2.66 g/m3 is possible. Rules are rules! The rest becomes condensation on the windows. Frantic calls to yours truly then ensue.

Observation #1: The outside AH is far lower than the inside AH. This is typical of cold winter days, as has already been discussed ad nauseum in this article.

Observation #2: The humidity in this condo is too high for the outside conditions. The following chart gets a lot of play in window circles:

The RH in our Brooklyn condo seems to be over the maximum RH per the chart. But is it really? More on the U of Minn chart later. I’m sure you can’t wait.

Observation #4: We finally get to the windows. The windows are actually an aluminum unitized curtainwall with project-out vents along the floor line. We often see condensation problems when curtainwalls and storefronts are adapted to residential applications.

Observation #5: In the living room, the window treatments were open. A line of condensation seemed to be focused near a drafty gasketed crack between sash and frame. At the drafty window crack, the temperature was 50.7degF at 55.4% RH which is 5.32 g/m3 absolute humidity. The reduction of absolute humidity at the drafty crack tells me the dry outside air is entering the living space, mixing with the humid inside air and locally reducing the amount of water vapor in the air.

Observation #6: The colder air also tells me outside air is coming through. When it does, it makes the window frame colder. Can dewpoint be nearby? Yes, there is condensation present.

Observation #7: In a bedroom, honeycomb shades are fully down and the windows behind them are wet. There is no heat source between shades and window. This creates an interesting microclimate. The temperature is 68.0degF at 42% RH. This is 7.25 g/m3 absolute humidity. The AH has gone down in this space compared with the adjacent area above the dresser which was 8.75 g/m3. What’s going on?

The 8.75 g/m3 at the dresser is becoming condensation on the window frame, that’s what. When condensation occurs in a somewhat enclosed cold space, the absolute humidity will go down because the water in the air is condensing out of the air and onto the cold surfaces.

Observation #8: The space between blinds and window is not 100% vapor-tight. So water from the nearby humid space will continue to migrate into the enclosed space to equalize the humidity, but it will again contact cold surfaces and condense, lowering the absolute humidity again. I call this condition a condensation machine, because the flow of water to the windows is continuous. This does not stop until something else changes, so volumes of water can continue to accumulate, then suddenly puke out from beneath the blinds. When first opening the blinds you might see icebergs, penguins and National Geographic camera crews.

The U of Minn Chart

Window manufacturers whip this out whenever their windows show condensation, rightly or wrongly. However where windows and condensation are concerned, complexity is not far behind. This chart can be used correctly or incorrectly. It can be misused to blame window condensation victims.

I am critical of the chart because:

1. The chart is overly generous. With building envelopes getting tighter, RH of 40% and above can indicate insufficient fresh air. Fresh air is an entirely different but related issue. More on that for another exciting day.

2. The chart is overly generous. If aluminum windows or curtainwalls are used, surface temps can reach dewpoint unless window treatments and heat sources are carefully managed. The U of Minn chart says from 20degF to 40degF outside temperature, the inside RH should not exceed 40% at 70degF. This equates to an AH of 7.37 g/m3. That is a lot. The dewpoint is 44.6degF. If the window frame gets close to that dewpoint temperature, condensation will form.

3. The chart has insufficient information because it only addresses 70degF interior temperatures. But what if, as is true in our Brooklyn condo, the air temp is 68degF? What if the temp was 72degF? What should the RH be then? Fear not, here is yet another fascinating chart…

Now I have cleverly taken this opportunity to combine all the factors we have been discussing in the mother of all boring charts. Here we have Fahrenheit, Celsius, RH, Dewpoint, SVD and AH, (also known as actual vapor density) side by side. It’s like harmonic convergence and a cure for insomnia all rolled into one.

This tells us that the U of Minn chart works ok if the room temperature is lower than 70degF because the AH, the actual amount of water in the air, will also be lower. However, if the inside temperature is only two degrees higher, the AH will also be significantly higher. When that moist air hits the cold windows, get the towels.

That’s all the pain I am going to subject you to for now, although there is much more to say. To reward you for surviving this article to the end, I have a prize for you. Here it is:

Download your very own Excel spreadsheet for calculating dewpoint and absolute humidity.

No matter where you are,
contact me, Mark Meshulam,
the Chicago Window Expert
to learn all about windows and glass!
My email: Mark@ChicagoWindowExpert.com

Upcoming travel:
California, New York, New Jersey, Florida.
If you are in these areas and need help with your building, call right away and save costs.